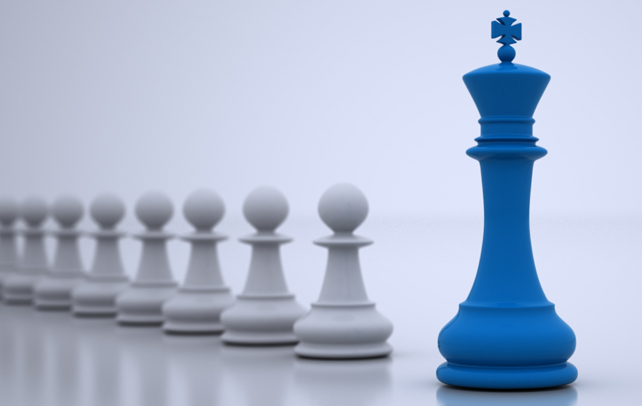 Charismatic leadership tends to defy good sense. You don’t blindly revere someone as a leader because he/she is suave, strong, witty or correct. It’s the way a leader implements authority on you, persuades you, leads you with his/her wisdom and expertise and delegates task so that he/she can bring out the best in you, which catapults them to the coveted position of a leader. When you realize the right context of leadership, you will know that leaders are not heroes who are here to save the day. Rather, they are the head of the pack, who puts others interest ahead of their own. But, mind you, no two leaders work in the same way! While some leaders can be outspoken and look and act tough, there are a few others who might believe in giving complete freedom to others. Remember, a good leadership is a blend of autocratic, democratic and free reign, and is not just about one single style or school of thought. Whether you choose to follow the footsteps of Mahatma Gandhi, Winston Churchill or Martin Luther King is clearly your choice. Leadership styles are not to be experimented with every off and on. Rather, one should resort to the various styles depending on the situation, the specific requisites of the people involved and the challenges faced by the organization.

Autocratic Style
In this classical style of leadership, the final say rests with the leader, who is the sole decision maker. Hence, any leader resorting to this style should be rock-steady and sharp with a stable head on his shoulder to lead his people or organization towards excellence. The autocratic style of leadership is usually considered as the the original style of management. This style of management calls for the leader to make important, practicable decisions and assign tasks to the corresponding sub-ordinates according to their endowments. This system warrants strict obedience and lays much emphasis on performance. On the flipside, this style has been censured for being too non-indulgent. This is mainly because the employees are never acknowledged entirely for their efforts and least preference is given to the input from the employer’s behalf. This, on the downside, might hinder the personal growth of the employees.

Democratic Style
In this style of leadership, the team is allowed to provide inputs and present their perspectives. The leader does not impose his orders on his employees. Rather, they arrive at a unanimous decision by giving equal importance to everyone’s view. For this reason, democratic style of leadership is often called as participative style too. Though the boss and his subordinates sit together and discuss the possible options and procedures, it’s always the boss who makes the final call. However, he ensures that his decision benefits his people and the organization and is in complete sync with others.

Free Reign Style
In this style of leadership, the boss holds the authority to transfer his power of decision to his subordinate. In a certain way, this style of leadership could be dangerous, as one might misuse the power or negligibly guide others down the wrong trajectory. At the same time, this procedure is quite positive too, as it helps boost the confidence of the workers and improves boss-worker relationship too. This style of leadership is also known as laissez faire. This should not be used very frequently, but carefully and tactfully.

Bureaucratic Leadership Style
In this style of leadership, the tasks are performed based on certain policies and standards. If a particular solution is not mentioned in the procedure, then the issue or the task is taken over to the next level. This direction of leadership would do well if the employers are engaged in the same job as a routine. Also, this is the best procedure adopted when the employers have to understand certain policies in depth. It is also practicable when the employers are working on equipment that is dangerous or delicate and also during the times when you have to correctly follow the defined set of tasks to operate it. This style is criticized for being too rigid where the employees are not allowed to think out of the box. They tend to lose interest in their job and their co-workers as well.

Charismatic Leadership Styles
This style of leadership involves leaders who motivate and inspire their team members in very positive way. This act of the boss drives the employers to move forward and provides a great source of confidence. Thus, the leader creates a situation wherein he/she believes in them more than he/she believes in the employers. The risk related to this style is that once the leader leaves the organization or the project, it intensely affects the existence of the organization.

A leader leads his followers by taking proper decisions and realizes the fact that he holds to himself a position of great responsibility. The style of leadership that a leader might undertake may vary from person to person, but their ultimate goal of acquiring the defined success remains the same. Hope this article provides you a deep insight on the various styles of leadership.