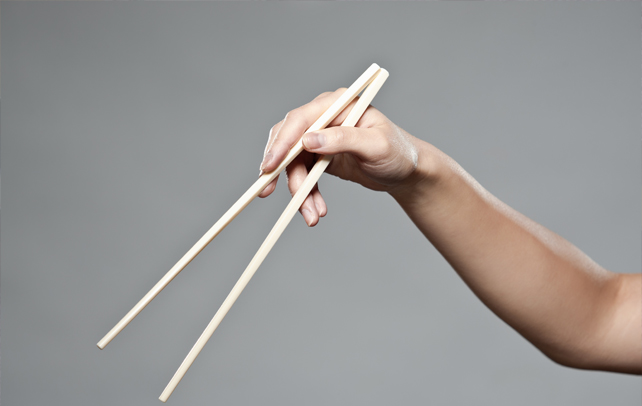 Will you eat a sandwich with a spoon or use a fork to have an ice cream? No? Why? Because every food, to taste better, must be consumed using the right vessels and cutlery! Same is the case with Chinese and Japanese foods which seem to taste better when eaten with chopsticks. The origin of chopsticks can be dated back to China, around 3000 to 5000 years ago. Widely used in Japan, China, Korea and Vietnam to eat all kinds of foods, most of the chopsticks are made of bamboo while some are also made of ivory, plastic, silver and jade. They are considered as extensions of the fingers and are considered much better than spoons and forks in their usage. Although the respective Asian communities use chopsticks as effortlessly and naturally as Europeans use forks, it doesn’t really come that easily for the rest of us. Despite the fact that most of the world thinks of them as impossible feats, chopsticks actually provides your hands with a physical affinity with the food — something that our quintessential spoons, forks and knives can never boast of. Having said that, we also acknowledge that eating with chopsticks could require some training and hence the next section that talks about how to use chopsticks.

Things To Remember While Using Chopsticks

In case you thought that chopsticks weren’t a big deal, you should know that poems have been written about them. Researchers at the Hong Kong Polytechnic University have also used the basic concept behind chopstick to design the Mars Rock Corer. Various researches were conducted in countries like China, regarding the usefulness of chopsticks in helping kids improve their memory and being an aid to children in learning to write Chinese. Chopsticks, more than being a medium to have food, reflect the culinary culture of China and Japan.