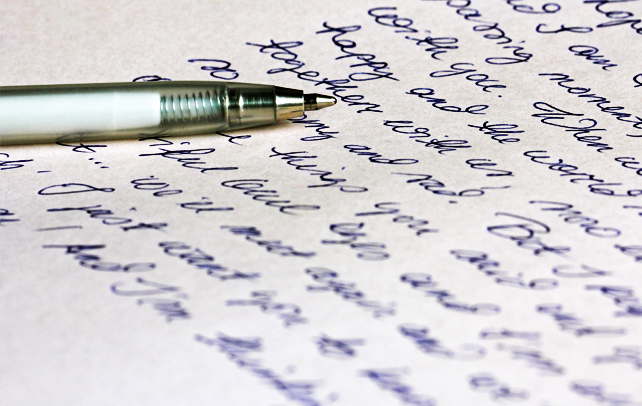 The history of letter writing can be dated back to the history of human evolution. It is the reflection of man’s civilized culture and a mode through which people communicate with each other. But with the advent of technology, the basic art of letter writing has lost much of its essence. However, there are still many who prefer letters over other modes of communication. According to etiquette specialists, personal letters reflect the character and disposition of a person, as well as, the social and political condition in which those letters were written. Contrary to popular misconception, writing such letters can be quite challenging. Personal letters can be divided into two categories depending on the intended recipient: person-to-person letters and person-to-business letters. For example, a ‘cover letter’ is a business letter but when sent with a resume to a specific person, the same ‘cover letter’ becomes a personal letter. Examples of person-to-person letters include character reference letter, condolence letter, love letter, letter of apology and so on, while examples of person-to-business letters include job acceptance letter, general cover letter, etc.

Contents Of A Personal Letter

Letter writing is an acquired art which stems from genuine desire to connect and reconnect with people. Writing a personal letter is different from other letters. It is informal in style, but contains thoughtful content and reflects one’s association with the person addressed. While writing a personal letter, consider your relationship and familiarity with the recipient. Also, depending on the nature of the addressee, informality of style and address can swing. The conventions of letter writing are also very strict in a personal letter. Just because it is informal in style, you cannot frame it in a relaxed way.