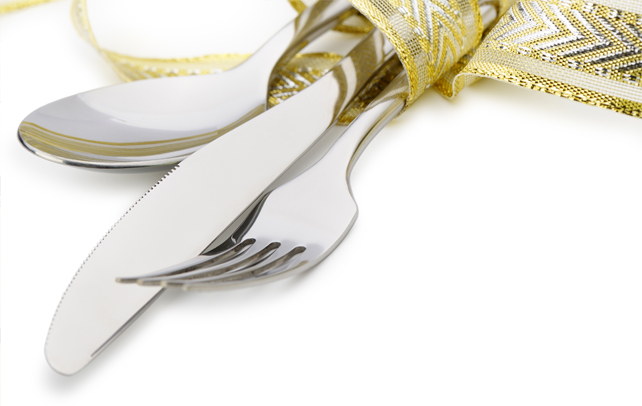 We all admire methodical eaters. And when it comes to using forks and spoons, the grace with which some people wipe the plate clean, has been a subject of much envy across the globe. Well, it’s really a simple deal if you follow certain basic rules which are easier to master than you thought. The use of spoon and fork has evolved over the years along with the shape of the utensils themselves but that does little to alleviate the fear that people have of cutlery. Merely holding cutlery in the right hands is not enough; you are also required to know exactly what must be used when. Depending upon the food that people of different countries eat, the use of spoon and fork differs. Apparently people belonging to the South Asian countries, African and the Arab nations prefer to consume their food using their hands or with minimalistic usage of cutlery; however, with the advent of globalisation, this Western trend of cutlery eating is catching up there also. Today, forks and spoons have revolutionized culture and customs at the dining table. And if, in case, you were wondering how to fit in then here’s your magical portal. Read of for proper cutlery etiquette.

Holding The Cutlery…Correctly
You should hold the fork in your left hand such that the prongs of the fork are facing downwards. First you must use the forks arranged at the outermost end of the settings. While holding a fork, you should keep your index finger straight while the other fingers fold around its handle. The knife must be in you right hand to enable easy cutting of the food. The fork is held horizontally between the thumb and the index finger to provide an ample support for eating properly. Forks help keep the food in place while you cut out smaller bites using your knife. Ensure that you don’t keep the fork on the table in the intervals during eating; keep it at the side of your plate. Also, it is not considered wise to point at your companions with the cutlery. Even to indicate the need of a second helping, the fork should be placed on the plate with the prongs pointing upwards.

How To Eat With Spoons
Spoons are held in the right hand and are used to scoop liquid or even semi-solid foods like ice cream, soups, broth, etc. Do not make slurping noises while sipping from a spoon and always ensure that you sip from the side of the spoon rather than the tip. It is considered bad table etiquette to hold the spoon using your fist. And just like it is with forks, do not point towards people using spoons. The spoon, in certain cuisines, can also be used to push the food onto the fork or vice versa. It is also considered bad manners to lick the spoon or the fork once you are done with your meals.

Things You Should Not Do While Eating With Spoon and Fork

Try eating your meals with spoon and fork in order to develop confidence so that you can be a part of all formal dinners or even casual get together without feeling embarrassed. It is considered to be a civilized and a good cultural act to adopt the use of spoons, fork and knives while eating. At the same time, it can also be the source of disappointment once it goes wrong. So, develop this simple art and be a source of admiration for the rest around you. Hope our write-up helped!