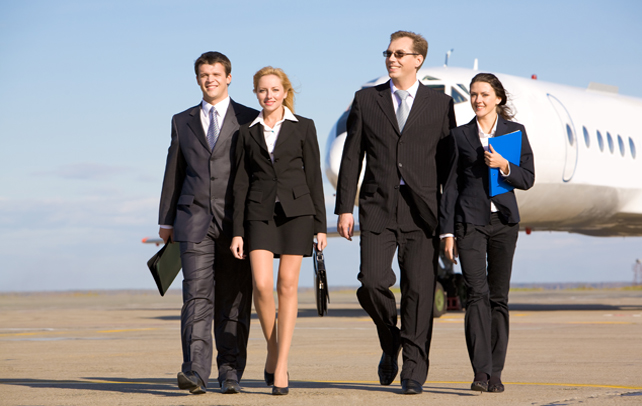 Ever wondered what makes people like Steve Jobs, Bill Gates, Oprah Winfrey, Stephen King, Mahatma Gandhi and a ton of other people so wildly famous? The answer is pretty simple. It’s not who they are, but what they have done that delineates them from the ordinary. Being successful, however, is not always about achieving the unattainable. On the contrary, it’s about realizing your hidden secrets, honing, and using those traits to achieve the impossible. With discipline, dedication and affirmation, you too can find your way through the fence and in a world where everyone recognizes you as successful. The traits mentioned in this write-up will help you realize what have been missing in you and will guide you to put them together. It is something that can be achieved by practicing a winning attitude and believing in yourself. It’s time to plan and achieve the goals and steer ahead with an attitude which will never let you down. Gear up for the success route!

Vision
Everyone has a vision, but not all possess the confidence to move on to defend whatever comes in their path of success. The successful people tend to put in all their efforts to reach their goals. They are capable of driving their actions towards their specified goal and are determined to achieve success. They are able to see the future and work towards it with determination.

Be Positive
Successful people always see the positive side of things rather than ever allowing ego and negative thoughts to conquer. Since, they are positive about things happening around them, people love to hang out with them to enjoy the positive vibes.

Never Complain
Some people find it comforting to complain about things that haven’t been going their way. However, successful people never moan. They never waste time in making fuss over things or situations. Rather they seek for solutions and think of all the possible outcomes as quickly as possible.

Offer Help
One of the biggest traits of successful people is their willingness to help and guide people. You can always turn to them for sound advice and know that they won’t mislead you ever.

Listen To Others
People usually like talking about themselves. It does take a great deal to sit patiently and listen to others. Successful people talk less and listen more. They always know what to ask and how to be a patient audience.

Admit Their Mistakes
Some people like to point out mistakes in others work, but when it comes down to themselves, they become blind of their errors. Successful people admit their mistakes and are ready to correct them if they know they are wrong. This is something that makes them feel respected among others.

Encourage Others
Once they have climbed the stairs of success, they guide others to follow them. They prove to be a motivational source and teach others the traits of acquiring success. They work on a large crowd and provide them guidelines to strive ahead towards their destination.

Take Responsibilities
When the present scenario demands them to take responsibilities, they don’t turn their backs and are always available for a task. Howeve,r worse be the current situation, they tend to be responsible and can also control their emotions. Hence, they think of all the possible ways by which they can improve the present situation by contributing ideas and views.

Work With Excitement
You can hardly think out of the box, if you are not excited by the work that you do. Eagerness to know more drives you ahead and makes your work interesting. This way, successful people try to give their best when they get an opportunity and the result almost always comes out in their favor.

Network With Others
Human beings are meant to be social by nature and can’t really thrive on their own. Successful people realize this fact and are always a people’s person. They interact with others and never confine themselves to one single group. They usually credit their success to other people, which makes them even greater.

Focused
Successful people clearly know what they are doing. The major element that needs to form the base of productivity is focus. Being focused helps them to plan the steps accordingly and eventually directs them to success. This helps in productivity and gives the best results. Hence, successful people never get distracted while working and their focus steers them towards their goal.

Confident
People become successful because of their committed deeds. It makes them confident of their accomplishments. They dream big and are always confident enough to materialize that dream. It takes hard work to develop self-confidence from within and once you are on, it takes you way along the lines of success.

Quick Decisions
Successful people are capable of making clear and quick decisions. Hence, money as well as success follows them as they are fast and have a clear vision of success. This helps them to be focused and have clarity in their vision that leads them ahead.

Have Passion
Successful people are passionate people. They organize their steps in such a way that they enjoy the journey of their success, which makes them happy. In the process of following their dreams, they also tend to take up risks that obstruct their path and fight any challenges that confront them.

There is nothing unusual about successful people, it’s only that they think the usual things in the unusual way. Hope this article has helped you collect points as what makes them successful.