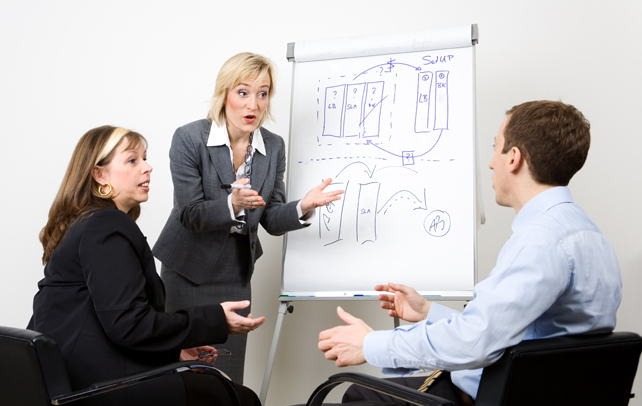 Convincing is a subtle art and not everyone is naturally endowed with this soft skill. If you have successfully convinced someone to go on a diet, take up a hobby, or pursue a non-conformal career, then you certainly have a genius hidden somewhere within you. The ability to make others believe is no mean feat, but then, it takes some skill and a good deal of arguing to attain that trust. It’s normal for people to get suspicious and doubt your intentions. No matter how altruistic you are, your urge to win over others will always be met with resistance. However, it’s important that you stick to your point and get it conveyed effectively and confidently. Some people are easier to convince than others are. A strong-headed person is less likely to wave off his beliefs easily as compared to a weaker individual. Persuading a person to buy your opinion doesn’t require arm-wrestling, but subtle charms and unwavering confidence. The tips and techniques explained below will help you gain mastery over the gentle art of persuasion.

Do Your Homework Well
Even before you get on with the task of persuading others, you need to have clarity about things yourself. Having your ideologies and facts in place before you impose them on others is important. You can’t convince someone when you aren’t sure about it yourself. If you are not sure of what you want to say, then it’s less likely that they you will be able to talk anyone else into it. Imagine convincing someone literate that the statue of liberty is in France! You don’t want to make a fool of yourself, while convincing others!.

Build Up The Right Attitude
Presenting yourself as a reliable person is like half the battle won. A polite person, not extra polite though, really makes a difference. Likeable people are more heard of as compared to the unlikeable ones, even if they are right. So try building up the right attitude without being too pushy or annoying. Gaining the trust of the person can do a lot in the convincing process. It’s not important that the person has to know you personally for this, but having ample and apt knowledge in what you are trying to persuade is necessary.

Confidence And Assertiveness
The tone in which you speak to a person should be self-assured and confident. This does not mean you have to yell out your ideas and dominate others’ thoughts. Instead of being a silent whisper with shrugging shoulders, a firm tone really works when you have to place your ideas across effectively.

Be An Example Yourself
If you are convincing someone to pray regularly, visit the church every Sunday, or be a part of the robotic society, then don’t just talk, but be a living example. Your actions are likely to inspire them to follow suit. Go ahead and bend your life in the direction you plan to talk people into. Instead of being a talking parrot, it’s better to be the inspiration people look up to.

Do Not Be Desperate
Never seem desperate when trying to put your point across. Not only does this weaken your debate, but it also makes the person doubtful. Well, why wouldn’t it? It might seem as if you have selfish motives behind all the convincing and it is difficult to pay attention to someone who seems so frantic about persuading. To come as an unbiased and reliable person, don’t push your thoughts, but rely on an intelligent one on one conversation.

Resort To Repetition
Resorting to repetition of your idea is not the same as being desperate. Well, it’s a subtle way of placing the thoughts in a person’s mind subconsciously. A headstrong person is far from being convinced. So putting across your views very subtly is what you should resort to. Programming the mind with these thoughts and rebooting them at every instance you meet the person might just work at some point. For instance, telling a friend that he or she should try for modeling at every instance might mean that one fine day the person realizes the potential and takes a stand.

Mould Your Debate Accordingly
Mould your debate so that it is suited to the person. For example, convince someone to buy the boots not because they are so pretty, but because they would prove useful during their trip to Greenland; persuade someone to take the house in the suburbs irrespective of the price because the kids need a garden to play in. So intelligently molding your discussion according to the person, without seeming sly, indeed can be a milestone covered.

These were some starters for you. If you are someone who gets walked over by other peoples beliefs, this should help notch up your persuading skills. The above-mentioned tips should help you cross the threshold and come up with some effective counter techniques when convincing people.